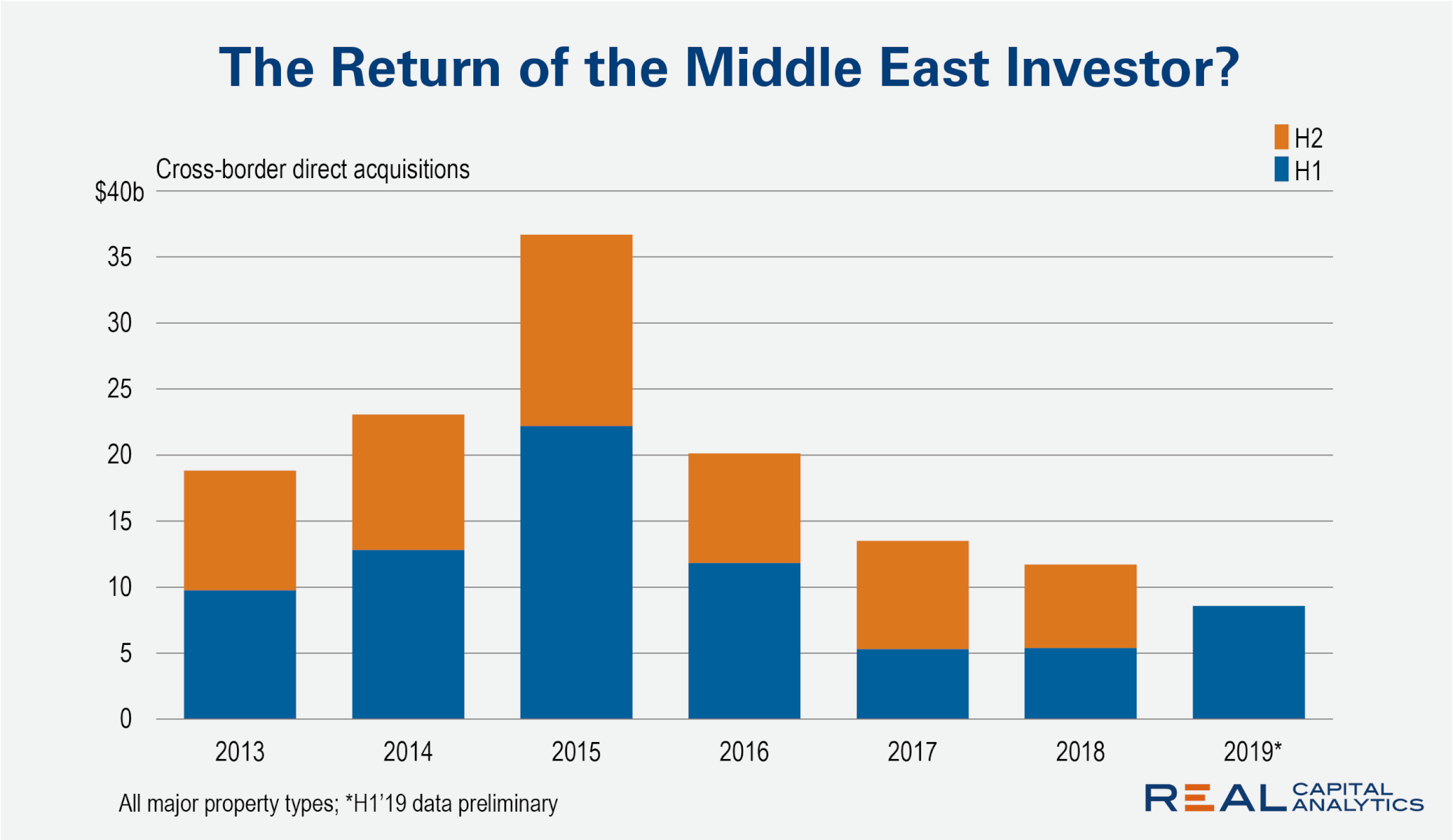 REAL CAPITAL ANALYTICS: “Global commercial real estate investment by players headquartered in the Middle East is on the increase in 2019 after several years of lackluster activity.

“According to preliminary Real Capital Analytics data, the volume of direct cross-border acquisitions reached $8.6 billion in the first six months of 2019, 59% higher than the same period during 2018. While this activity is far from the peak flow recorded during 2015, it could represent a trend to watch for the latter half of 2019.

“The activity is across a broad base of investors, whose motivations will be varied. In the first half of this year United Arab Emirates and Bahrain-based investors have deployed more capital than they did for the whole of 2018; investors from Saudi Arabia and Israel punched well above their activity levels for the first half of last year.”