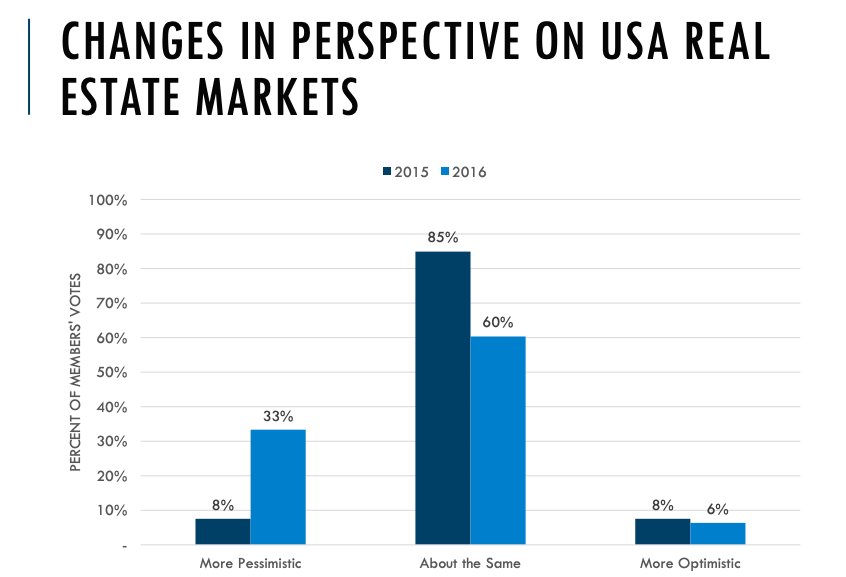 US real estate grabs attention of international investor; 95% will maintain or increase investment levels in 2017; NYC is big winner as London and DC slip

Ninety-five percent of the respondents to the new survey taken among the members of the Association of Foreign Investors in Real Estate (AFIRE) and released today say they will maintain or increase their investment in the US.  New York City is in its seventh year as the number one US city among foreign investors and is in its third year as top global city.

Both globally and domestically, Washington DC has fallen out of favor. For the first time since the survey began in 1992, it has dropped from the list of investors’ top five US cities. It has not been among the top five global cities since the 2013 survey, and dropped in rank again – from eighth place last year – to fifteenth this year.

AFIRE members are among the largest international institutional real estate investors in the world and have an estimated $2 trillion or more in real estate assets under management globally. The survey was conducted in the fourth quarter of 2016 by the James A. Graaskamp Center for Real Estate, Wisconsin School of Business.

With concerns about the effects of Brexit on investors’ minds, London, which had been ranked either first or second among global cities for the last five years, slipped into third place. In terms of its potential to offer stable and secure real estate investments opportunities, the UK slipped into fifth place.

The US: A Strong Market but Not Without Concerns

By wide margins, the US continues to rank as the country offering the most stable and secure opportunities for real estate investment and the country providing the best opportunity for capital appreciation.  Investors cited the country’s sustainable economic growth, strong rule of law, transparency, and relative overall security for investments.  More than 50% of survey respondents said Brexit would have a positive effect on the US real estate market.

Despite investors’ investment intentions, 33%, or one third of respondents said their sentiment about the US market had become more pessimistic; 60% felt their opinion was unchanged, and only 6% considered themselves more optimistic. In last year’s survey, 8% felt pessimistic, 85% had an unchanged opinion, and 8% felt optimistic.

“As uncertainty rises with a new government in Washington and interest rates that have risen dramatically, it is no surprise that investors have signaled a note of caution,” said James A. Fetgatter, chief executive officer, AFIRE. “Previous, comfortable spreads between cap rates and interest rates have narrowed making the investment criteria more selective and difficult. Increased market research and discipline will be required.”

“Washington, DC is a global gateway city with good leasing activity and a growing economy bolstered by a young workforce. The combination of those stable fundamentals will continue to attract capital from around the world,” said Catherine Pfeiffenberger, AFIRE chairman and senior vice president of Skanska USA Commercial Development. “The new administration’s focus on the defense and aerospace industries is also expected to benefit the DC area in the coming years.”

For the second year in a row, Berlin ranked among the top five global cities, moving to second from fourth place last year. Germany retained its second-place ranking in terms of providing stable and secure investment opportunities; it ranked third in terms of countries offering the best capital appreciation. In terms of providing an opportunity for capital appreciation, Australia joined the ranks in fifth place. China, Mexico, Brazil, India and Chile were again named as investors’ top five emerging markets, although their order shifted from last year.